Overview of the quest room From sunset to dawn Kiev 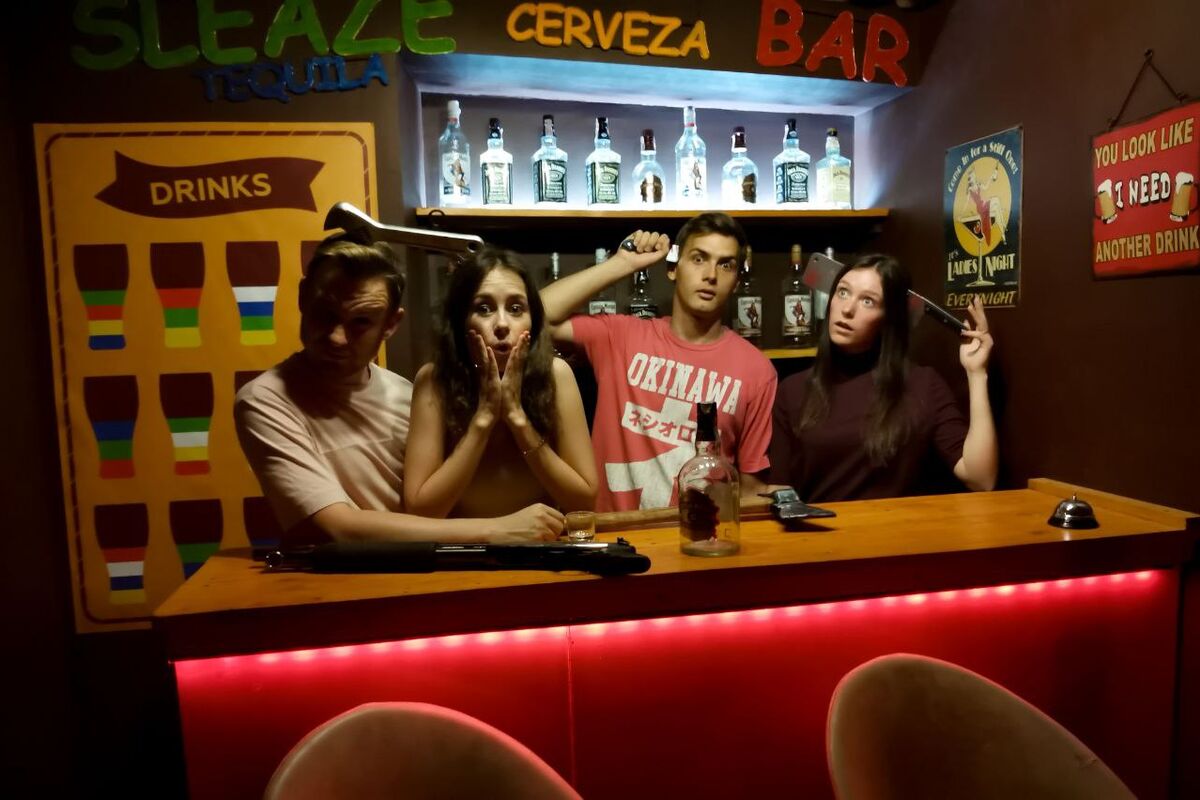 Overview
Review of the quest room of the ANABIOZ company - From dusk to dawn.
The quest was opened in the summer of 2020, so at the time of our walkthrough it was completely new.
The quest is located in a location with three more quests of this company, this will be a good plus for those who like to play several quests per day or for large companies (20-25 people) who want to go on quests at the same time.
In quarantine, we missed the quests and immediately after the situation improved and the quest companies resumed their work, we began to look for who had a new one, where a new quest was opened in Kiev, and on the questroom website we paid attention to the only open quest ANABIOZ - From dusk till dawn ( Kiev, center, Shevchenko lane 4).
The quest began with the fact that we were in an empty bar, according to legend, this is a den of vampires and we need to get out before the inhabitants and owners of this place returned. Indeed, the first room is stylized as a bar from a movie: a bar counter, a jukebox, a billiard table and other attributes. We do not really like using hints and try to delay this moment as much as possible. It took us almost 40 minutes to complete the first room, since the quest is designed for 90 minutes and we know that if necessary we can count on an additional 5-10 minutes (as the administrators told us, this is only for those teams who read the quest on time). I don't want to be a spoiler, but there were 3-4 more playable spaces ahead of us in this quest, and in terms of the passage time, perhaps the first and third rooms took us the most time. We did not invest in the allotted time, and spent 97 minutes on the passage.
The quest pleased us, we were satisfied with the number of tasks and the playable area of the quest, perhaps it is worth adding a few entourage things, but in general, the impressions were positive and pleasant. Oh yes, we almost forgot, for those who played the Island from this company, this quest also uses a few mechanisms to create additional emotions.
After passing, I wanted to watch the film

You can see the full information and book the quest From dusk to dawn
20.08.2020
Other Overviews
Come back