Review of the Save the Hostage quest 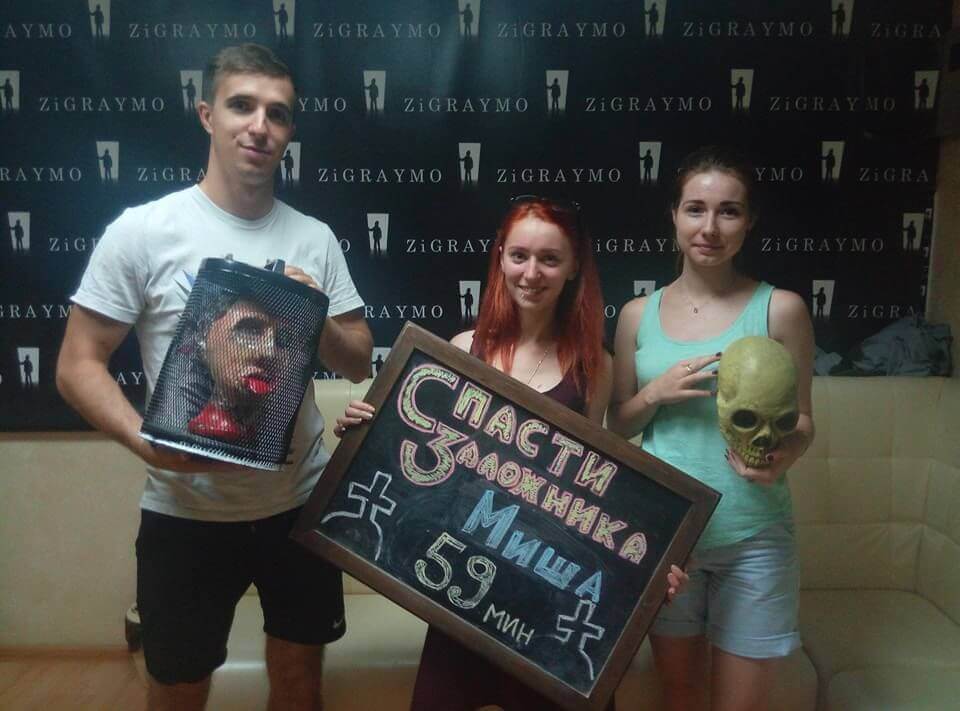 Overview
Rescue Misha the hostage was one of the first and favorite quests of the Zigraymo network. In fact, this network and quest appeared in Kiev one of the first.
The quest is already 5 years old, but the riddles and the plot of the room have been repaired and updated already 4 times.
I think those who played about 5 years ago will be interested to come to play now, because the room has changed a lot. Without knowing the name, you can say that he came to play another quest. We played as much as two times.
The room is of medium complexity (experienced questers can go without prompts), very entourage and one-room, but this does not prevent it from being interesting. Riddles and tasks will last for an hour. Time flies by.
Misha’s rescue by our team was successful, though in the last seconds.
Personally, the hostage really scared me, most likely due to the fact that the quest you are doing in the twilight, in the light of Misha is very nice and not scary)
As far as we know, now the quest has 3 different exit scenarios. But you will find out about this when you come to play))
From the pros: -friendly staff
-logical assignments
Entourage
Of the minuses: -very small hall (in this location there are three quests, all players will be cramped)
no musical accompaniment
In general, we liked
You can see the full information and book the quest Rescue Hostage 2.0
26.09.2019
Other Overviews
Come back