Overview of the Basement Maniac quest 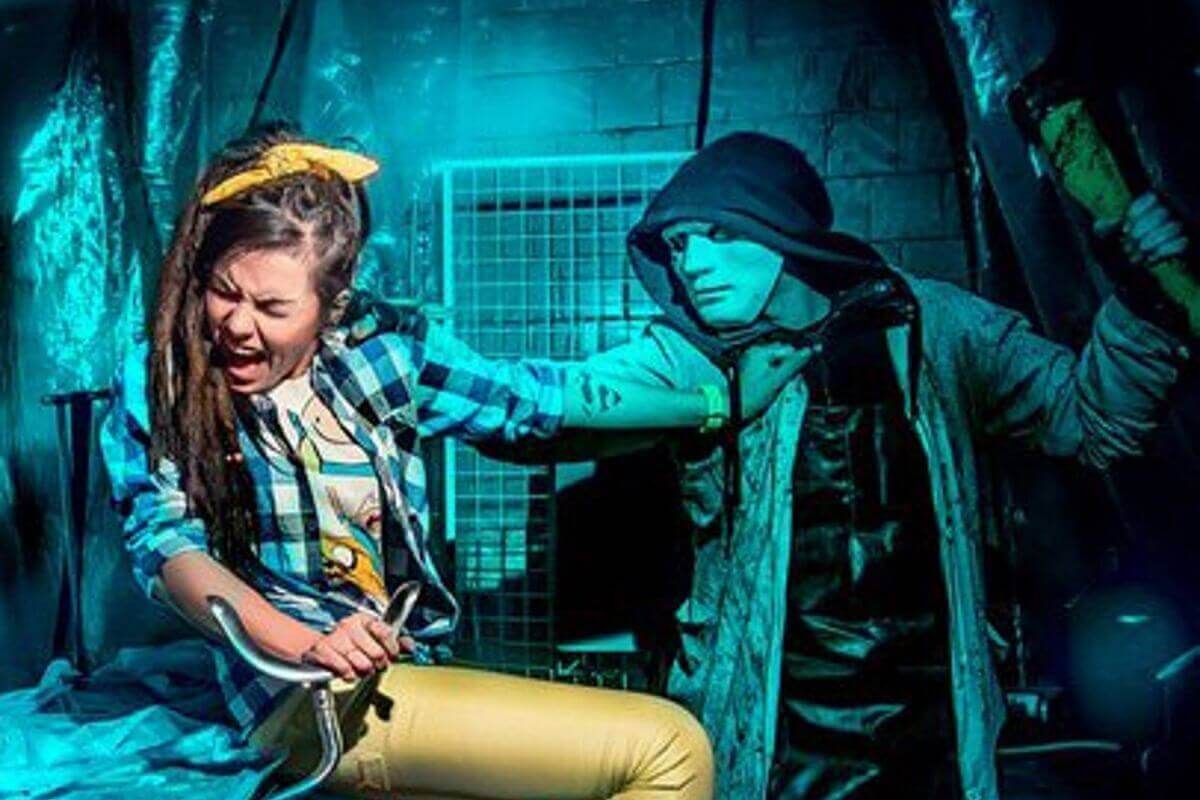 Overview
We decided to discover a new genre of quest rooms horror stories or in other words horror quests.

They chose, chose and chose, as it seemed to us the most harmless, horror-quest Basement Maniac.

The quest room is located next to the metro station Kontraktova Square (access to the Zhovten cinema) literally 70 meters from the exit from the underpass.

According to the name, the quest is located in the basement, at the entrance of a twilight, it is immediately alarming (we played when it was already dark).

At the reception desk we were met by a young man who told the basic rules of behavior and the legend of what was happening, according to which we voluntarily decided to play a game with a maniac and test our ingenuity and sharpness of mind.

They put blindfolds on us and led us into the basement in pitch darkness, having handcuffed us first.

The game has begun.

Opening our eyes, we ended up in (a spoiler) and we had to get out, because we had only an hour before the maniac arrived.

The light either appeared or disappeared, the music escalated the situation, and after some time strange things and sounds began to occur, wafting behind the wall, which were alarming, or maybe we were in the maniac’s den and this wasn’t a game.

But having mastered ourselves, we got down to business and started solving problems and moving on to the exit.

We were able to complete all the tasks and get out into the wild in 55 minutes, taking 1 hint (there were two of us).

-Quest linear, medium difficulty, neat without unnecessary things;
-A team of 4 people is quite able to go in about 40 minutes;
-Math problems;
Quest with a live actor. Do not forget to book the quest room on the portal Questroom.com.ua

You can see the full information and book the quest Basement Maniac 2.0
30.09.2019
Other Overviews
Come back