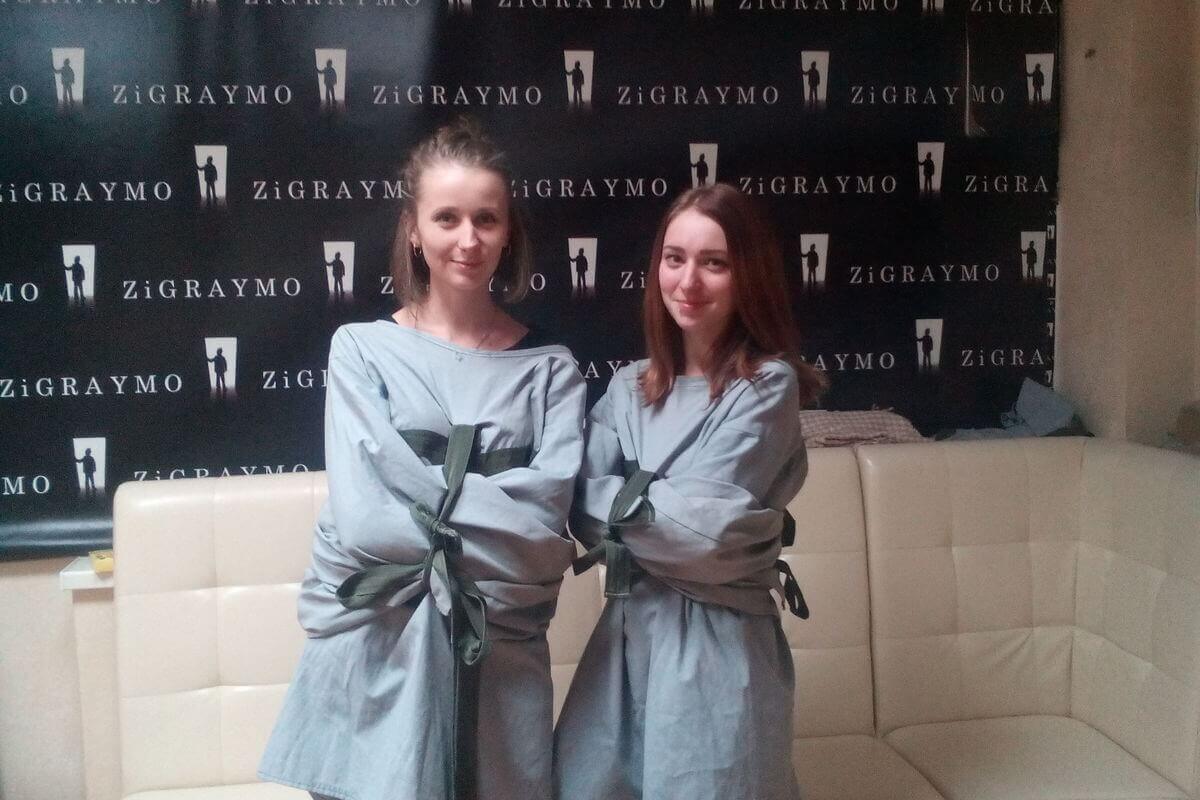 Overview
Have long heard about the quest Chamber number 6 from the quest room Zigraimo.

As the organizers told us, the quest was originally built in 2015 and has been improved several times since then. The main idea of the room (this is a quest in the basic understanding of escaping, that is, you need to find a way out and get out of the room) remained unchanged, the changes affected the surroundings and some riddles.

The quest room "Chamber 6" is located in the center of Kiev on 22-b Prreznaya street (entrance through the arch), between the Khreshchatyk metro and the Golden Gate.

According to the history of the room, we had to get into one of the departments of a psychiatric hospital from which the patient disappeared or fled inexplicably. We, in fact, were dressed in straitjackets and in the role of loonies, took a picture and launched into the quest.

The space itself in the questroom is not very large, although it is understandable because it’s the same single-chamber psychiatry chamber (soft walls).

First of all, we had to get out of the shirts, since they were playing and for release we needed no more than 2 minutes. Having unleashed, we began to look around. Initially, the room seemed very simple and empty: bed, bedside table and walls; but as things progressed, the quest became more and more, and more, and more.

Having solved a few simple tasks, the most interesting part started, we couldn’t realize what was required of us, but after some time, it still dawned on us (we won’t spoil who was playing and understand what I was talking about).

To solve all the puzzles and find a way out, it took us a little less than 50 minutes.

Despite the fact that the quest is quite old, by current standards, and compact enough, he came to us and brought his share of emotions and impressions.

You can see the full information and book the quest Ward № 6
02.10.2019
Other Overviews
Come back