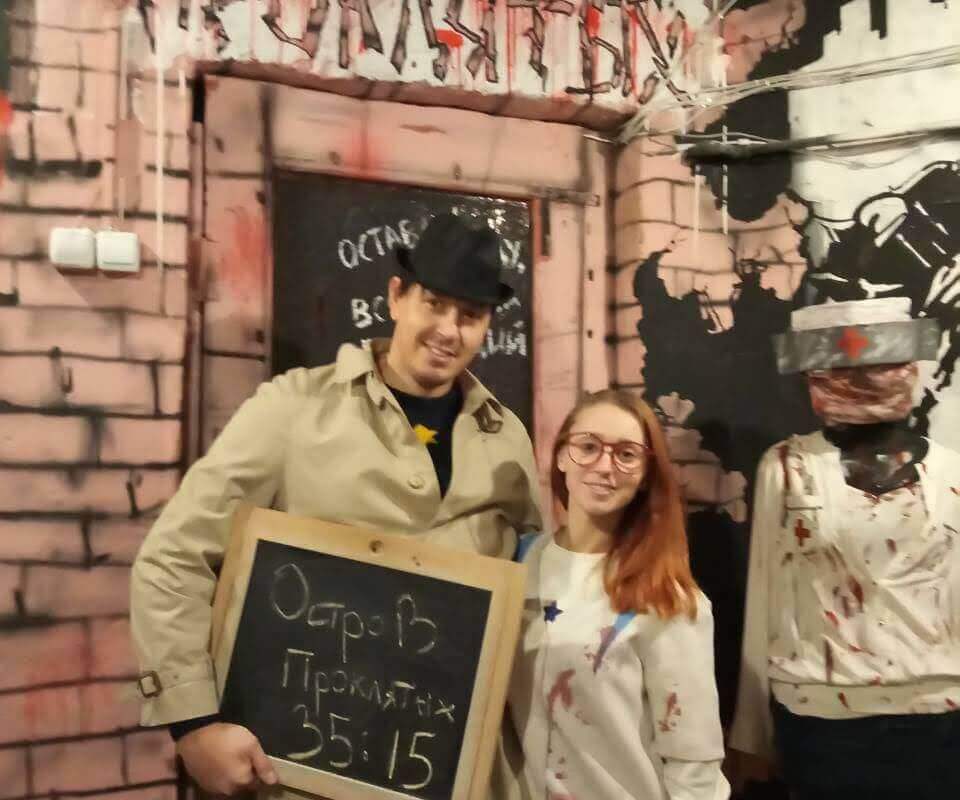 Overview
We wanted to share their impressions of the Atmosphere of the Damned quest room from the Atmosphere company in Kharkov. We had a chance to visit Kharkov on the eve of the New Year holidays and we decided to go through several quest rooms for a couple of days. In fact, we visited 6 quests in two days (we wanted more, but did not have time).
We got the most vivid and unforgettable impression upon passing the last quest, which was on our list - the quest room the Island of the Damned.
The quest is located near the metro Pushkinskaya, somewhere 150-200 meters, in the courtyard in some 1-storey building.
Before the start of the quest, we were met by a friendly, entouraged administrator and suggested we reincarnate as federal marshals (accessories and clothes were received), who should fight for freedom and flee from a psychiatric hospital. One of the surprises was that the usual post-game photo was taken before the quest, and not as usual - after.
We were taken into the quest with our eyes closed and asked to wait for the signal to start.
Background music began and the quest began. To the sounds of rain, rumble of thunder, we removed the bandages and began to look around each in his location. Everything looked very (well, very) entourage, the riddles were interesting and not complicated, some were completely unexpected. There are not many puzzles in the quest, it is more average or even easy in complexity, but we were captured, as the saying goes, "the quest has entered." We went through one room after another and when we had the exit we were a little disappointed that the quest had already ended and we all decided, but we wanted to stay and play again =).
The quest is executed with high quality, beautiful and unusual. According to our feelings, this is one of the best, if not the best quest room in Kharkov, at the time of our passage.
You can see the full information and book the quest Shutter Island (Harkiv)
26.09.2019
Other Overviews
Come back