Review of the quest Alice in Wonderland Kharkov 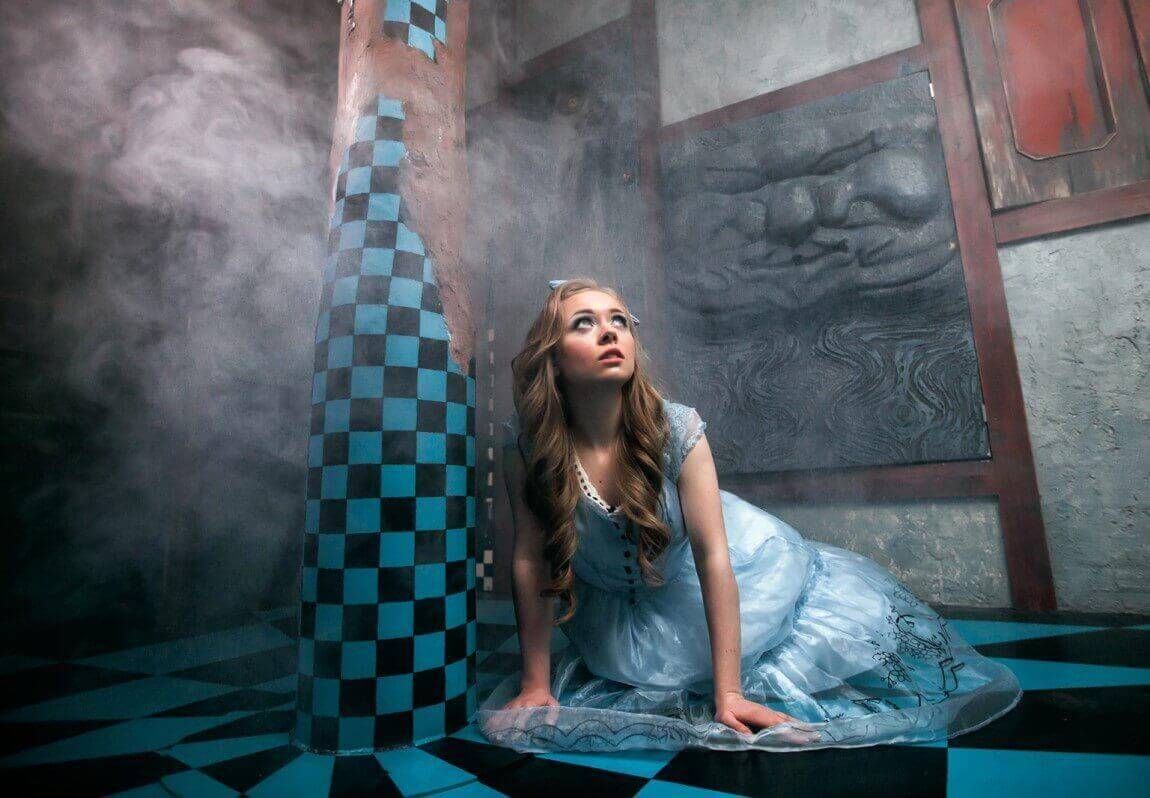 Overview
We want to share our impressions of going through the quest rooms Alice in Wonderland, which is located in Kharkov on Grazhdanskaya Street 17. This quest is presented by IQuest or Quest Komnata (this is the second name of the company).
The quest happened to pass a team of 2 people. We knew that the quest was designed for a children's audience more than for an adult, but we were interested to see and try to pass such a quest room.
Looking ahead, I’ll say that despite the fact that the quest is quite easy and, as stated, designed for children, we couldn’t pass it without prompts.
The quest consists of two rooms, one main, where we spent most of the time and one additional (small). Tasks in the quest are diverse, not very complex and require attention to some details. By the time of our passage, the quest did not look new, as the administrator explained to us, the children’s teams did not spare the interior and the quest props =).
Having corrected for all the nuances, we can say that the quest is really suitable for children more, and for adults it may seem too simple. There are practically no riddles in the quest, more and more intuitively, fold, bring, place an embankment, ...
If you need to organize a holiday for a child and send a crowd of little tomboys for entertainment, then this quest is what you need. Also in this location there are several more quests, in my opinion there are more than 5, which is quite rare. I remember exactly what the location has: 80 days around the world, the Mafia and Indiana Jones, which allows her to accept a sufficient number of players at the same time.
You can see the full information and book the quest Alice in Wonderland
26.09.2019
Other Overviews
Come back