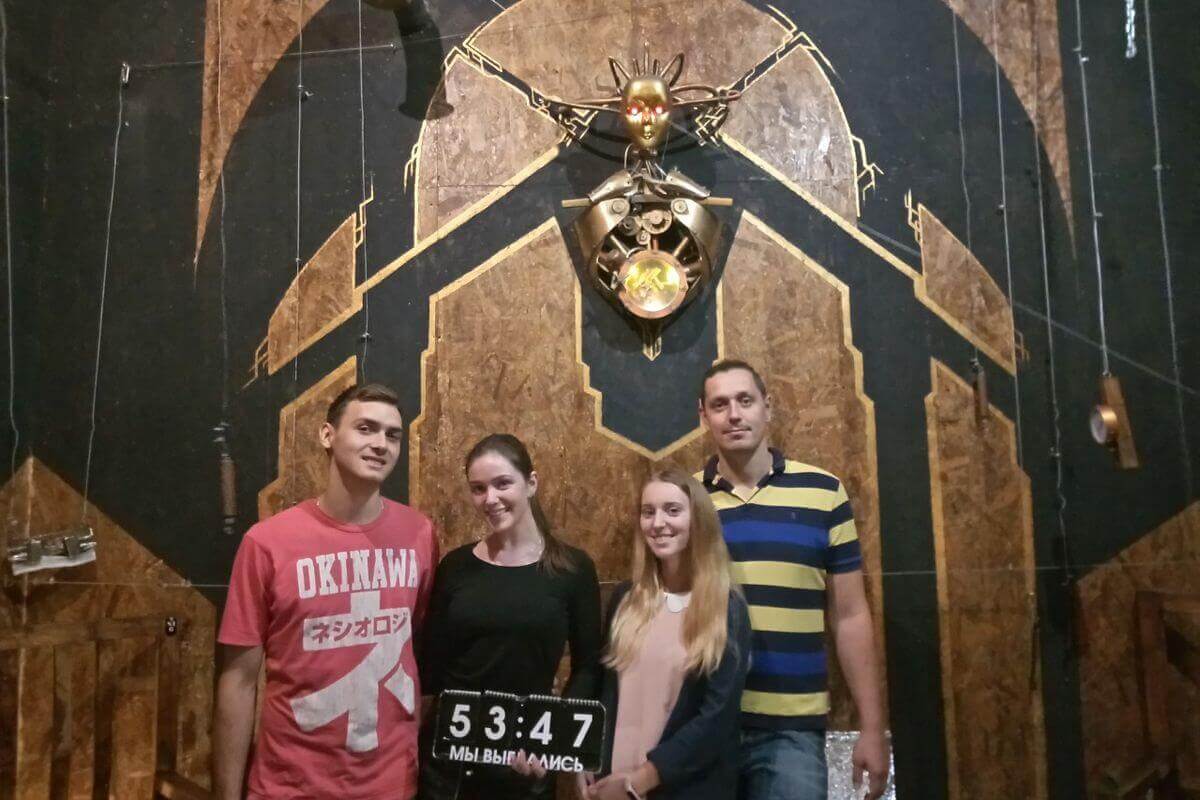 Overview
There is a so-called "area of quests" in Pechersk in Kiev, and there are as many as 3 quest companies in neighboring buildings. One of them is Isolation, in which we visited the quest Mechanicum. The company is a 10-minute walk from Pechersk Metro.
The quest is unique in that it can only be played by four (no more no less)
Now you are a hostage, you are locked in a chair and you will not be released ... your arms and legs are squeezing your straps and chains,
At first glance, the situation is hopeless, and time is relentlessly bubbling, only by acting together you will be able to free yourself, each of you has access to unique puzzles, but whether you can solve them, it is not up to you, but to your team.
The quest begins with darkness and the complexity of the movements, but when you look at everything, it seems not so scary, a bunch of cables and blocks, that's all the puzzle, or rather, all the * riddles ... Well, almost everything. Rather, we would always call it a mystery, not a task. Although the four of you are all sitting still, but the quest is closer to the linear one, that is, you will not have access to the puzzle until your ally has solved his own, so everyone thinks of each puzzle together, because you see each other and can see what your friend does not see.
The riddle itself is not very difficult, I would say easy.
All the difficulty lies in teamwork, unless, of course, teamwork is difficult for someone).
• Verdict: On the whole, the quest is not scary, not complicated or ordinary, as the quest itself is soaked up for teamwork, not riddles.
• An interesting quest if you wanted to try something new and quests with complex riddles got you tired.
• Disadvantages: The quest is only for 4 people, no more or less., And there is not enough background music
• Advantages: the originality of the quest, ease (really pass without prompts)

You can see the full information and book the quest Mechanicum
15.10.2019
Other Overviews
Come back