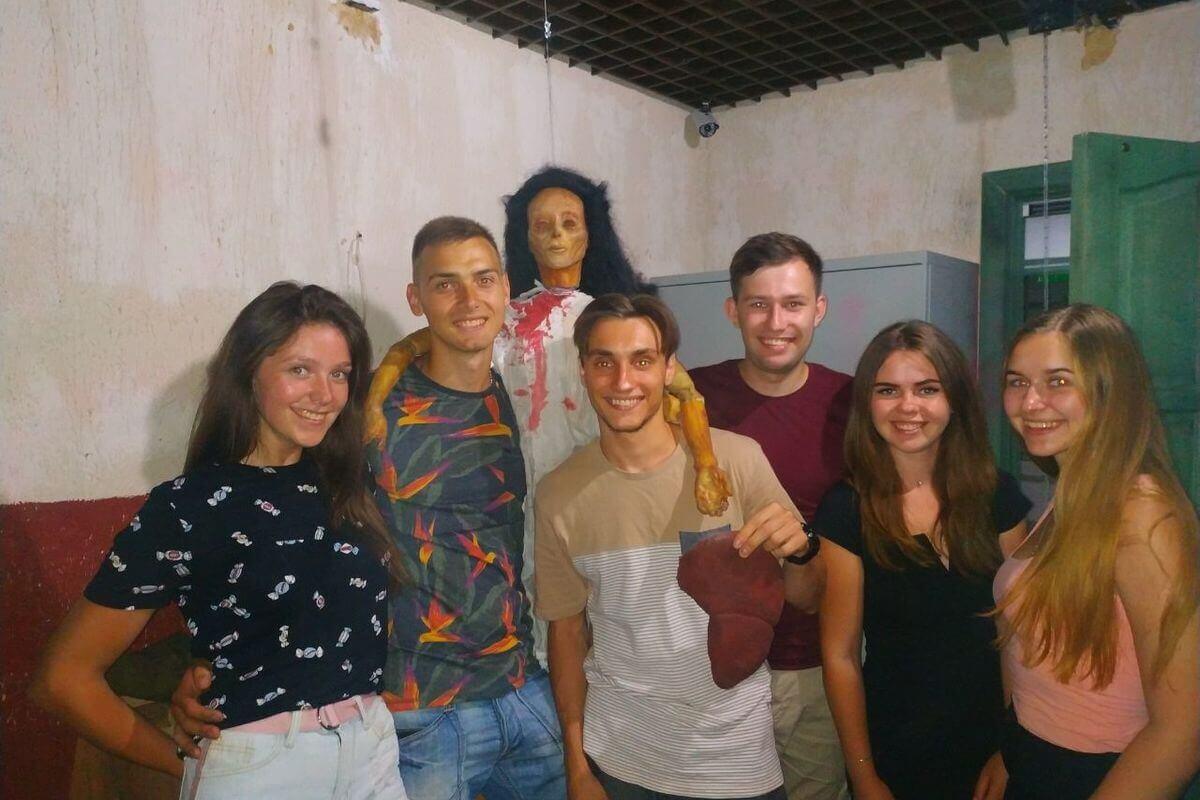 Overview
On the occasion of their birthday, they decided to go on a horror quest with friends.
We chose the Clinic quest from the provider AR Escape room. The company is proven (they played in the Aztecs). I liked the staff and the very location of the quest, I wanted to visit them again.
And here you have the door again, Clinic, where you can get a physical examination for free, well, what could be better than a freebie. But we all know that free cheese only happens in a mousetrap ...
Suspecting nothing, you and your friends go inside where some staff would seem to be, but strangely enough, there is nobody, and the walls of this establishment are clearly not splattered with paint. You pull the door in the hope of going out and going to a normal hospital, but it looks like the door is locked and you have no choice but to step into the unknown and test your nerves, maybe everything is not as bad as it seems, and the staff will meet you at the next door ...
The first thing that immediately feels in this quest is its atmosphere, here the atmosphere is not just some kind of hospital, clinic or psychiatric hospital, here is the atmosphere of some secret facility in which some irreparable disaster happened (which is not very sensibly connected with the legend of this quest posted on the site, but the benefit of the girl administrator told us a slightly different legend that corrected this defect and everything fell into place, (Thanks to the girl administrator!) Oh well).
My friends and I immediately began to study the room and found a lot of interesting things, unfortunately, most of these items were just props. There are not many riddles in the quest and all of them are not very complicated, everything can be solved by thinking a little and approaching the issue from different angles, the only problem is that there is no time to think, because of loud and sometimes annoying music, which constantly presses you don’t want to think at all, you just want to quickly turn off this music. Constant feeling of presence. You are constantly waiting for some scrimer behind the next door, which adds atmospheric more and more immersing you in the quest. And the end of the quest is very unexpected, again, if it were not for the girl administrator, we probably would not have understood why it ended just like that, although it may be worth blaming ourselves, because in the pursuit of riddles we lost the plot thread of the quest room.
In general, the quest is interesting and atmospheric with elements of augmented reality (this is not seen in other companies). Riddles of medium difficulty. The quest is multi-room.
The advantages of the quest include atmospheric and entourage, well, I personally liked how it ended, I really liked such a non-standard ending (precisely in the plot).
The disadvantages, I would say, are very loud music and its cyclical nature in some places (you can torture people like that)), well, I would like for a little more objects to be playable.

You can see the full information and book the quest The Clinic
22.10.2019
Other Overviews
Come back