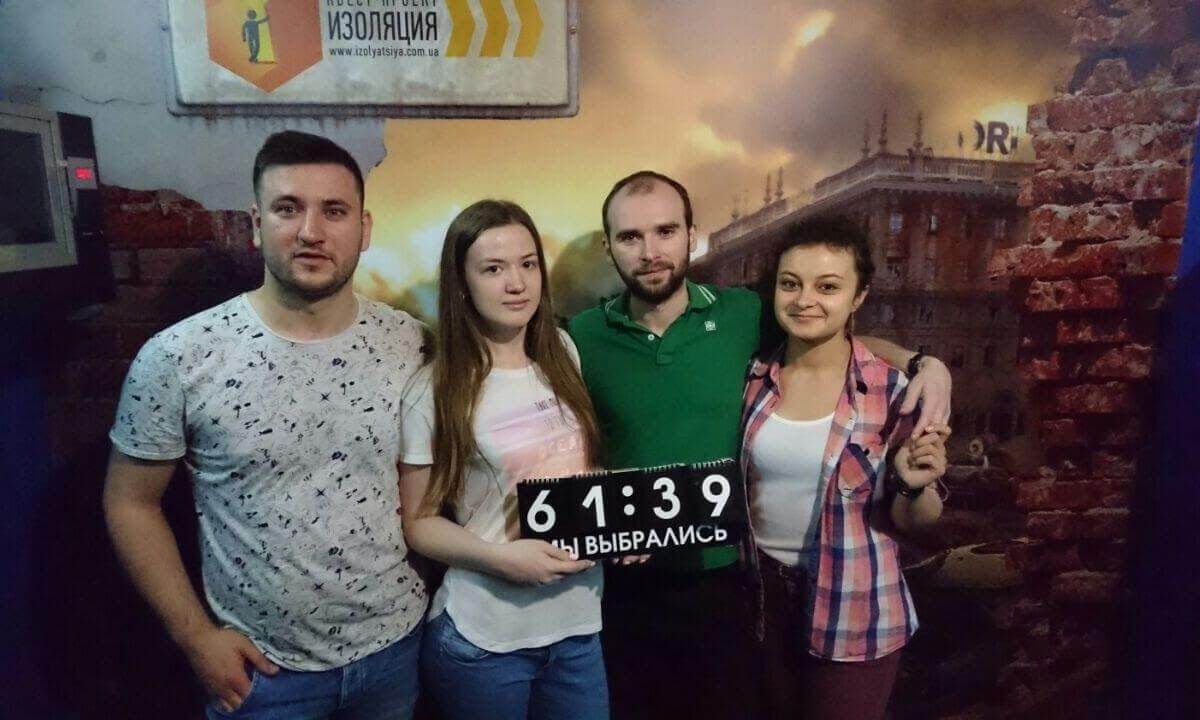 Overview
We visited this room about three years ago and to this day it takes one of the first places in our top of the best quest rooms in Ukraine. This action quest really has no analogue in Ukraine, not only do you completely plunge into the history of the real post-apocalypse, but in some moments everything seems so real that even our guys did not dare to go further. Then we were beginner questers, but already experienced guys passed with us and even this room sunk into their souls and surprised many things.
According to legend, your team is included in a small number of people who survived after the biological disaster that occurred after the explosion at the Chernobyl nuclear power plant. Everything on earth is infected with a deadly virus and people are forced to survive in bunkers. And after one group of people developed an antidote, they lost contact with them. You are just those daredevils who went in search of an antidote and developers to save the planet. I think everyone would like to feel like Bruce Willis and save humanity.
The room is located in the central part of the city, which is very convenient. Network of quest rooms Isolation in Kharkov is always a good fit for creating rooms. A lot of thoughtful little things, a logical and understandable plot in the room.
We always give this room as an example and advise friends. From the same network on the topic of post-apocalypse there is a room “The Day After Tomorrow” with a very unusual feature, I also recommend paying attention to it. Summing up, we can say that this is the only multilevel room in Ukraine with diverse riddles and levitating magnets - I want to erase my memory in order to go through it again!