Review of the game in reality Among US 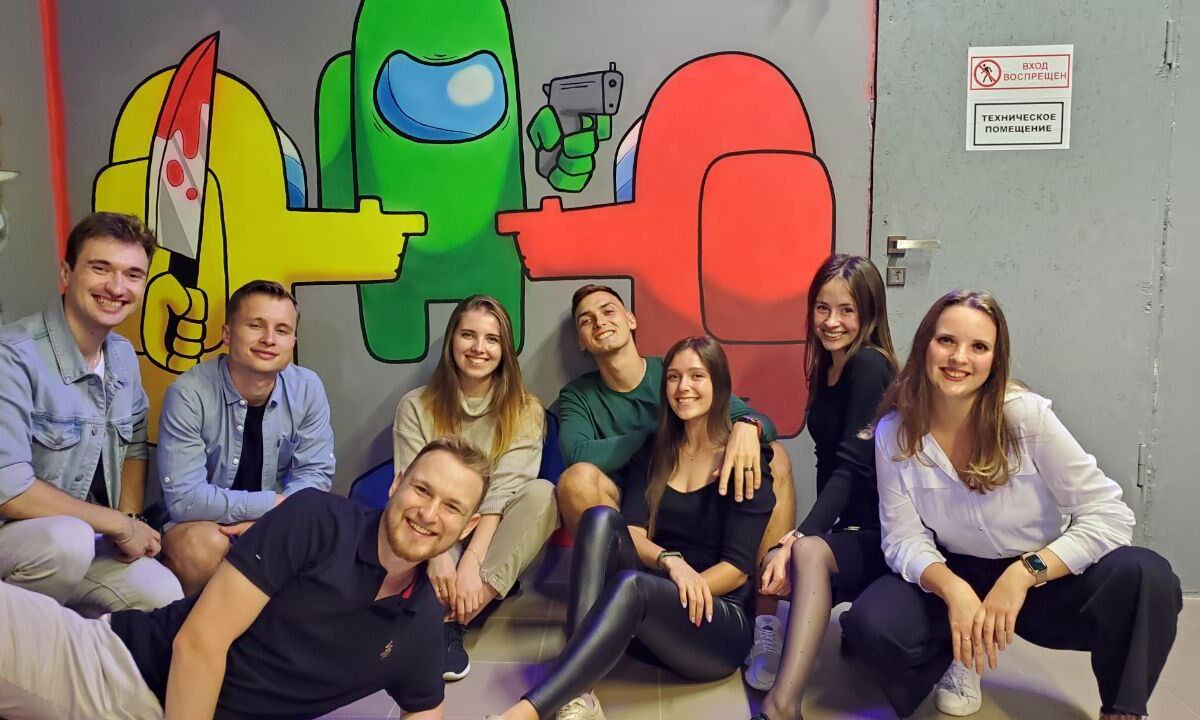 Overview
Incredible atmosphere, ultraviolet light and only one question: Who is a traitor?
It all starts fairly standard, with instruction and safety rules that we all already know, but there are a few innovations.
Everyone is given protective helmets and goggles, and assigned a certain number (it is drawn with a special marker on the hand). After that you are taken to the room where the most interesting begins ...

Rules of the game "Among us"

They talk about how to properly "kill" when you play the role of a traitor, and tell the mechanics of the game for the corpse (just stand in silence with your arms crossed). They morally prepare for the sound of the siren, and tell where and which departments are located (oxygen, electricity, etc.) then everyone stands at the wall and the host randomly selects traitors. while the traitors see each other. And so the game begins.
Some crew members immediately gather in an attempt to protect themselves, some on the contrary walk alone, but in both cases sooner or later the siren sounds, everyone gathers in the main room, and a heated altercation begins: where was who, who did what, who saw and the main thing is who was killed and where the corpse was found. meanwhile, the dead players go to the cage and watch the game from there) So round after round passes and when you think that you have already revealed the role of the last traitor, the main suspect dies and is peaceful ... and maybe not)

In general, 8 people attended this event with friends, we had two traitors and in an hour we managed to play about 7-9 rounds. at the same time, everyone managed to play both peaceful and traitors, everyone really liked it.
Corridors are confusing, there are "hiding places" where only your shoes are visible, there is an interesting "twister" where the most mysterious murders always take place. Dimmed light and ultraviolet light add to the atmosphere, and the signal beep always makes you shudder, the ability to sabotage, and the restriction on the collection of the team no more than once a minute makes the game more dynamic that everyone will like.

The game "Traitor among us", a rather interesting and unusual type of entertainment, is suitable for both adults and children.

I would recommend going to teams of 6 people.
Of the disadvantages, I can note too much light shining directly on the "hiding places".
Personally, I was in white sneakers and my feet just shone with ultraviolet light, which made the "hiding place" almost meaningless.
And also the simplicity of the maze, I understand that this is primarily done so that children can play and not get lost in the corridors, but when adults play then calculate where came from and who could kill, just guided by those you saw wrong difficult as it could be, that's still my personal opinion and probably not all my friends with whom I played, will agree :)

I would recommend everyone to try to play at least once, this is an extraordinary experience that can be obtained in few places and if you are not allowed into the quest room because "too many people", then "Among ace in real life" is exactly what you need :)

You can see the full information and book the quest Among Us Kyiv
17.09.2021
Other Overviews
Come back