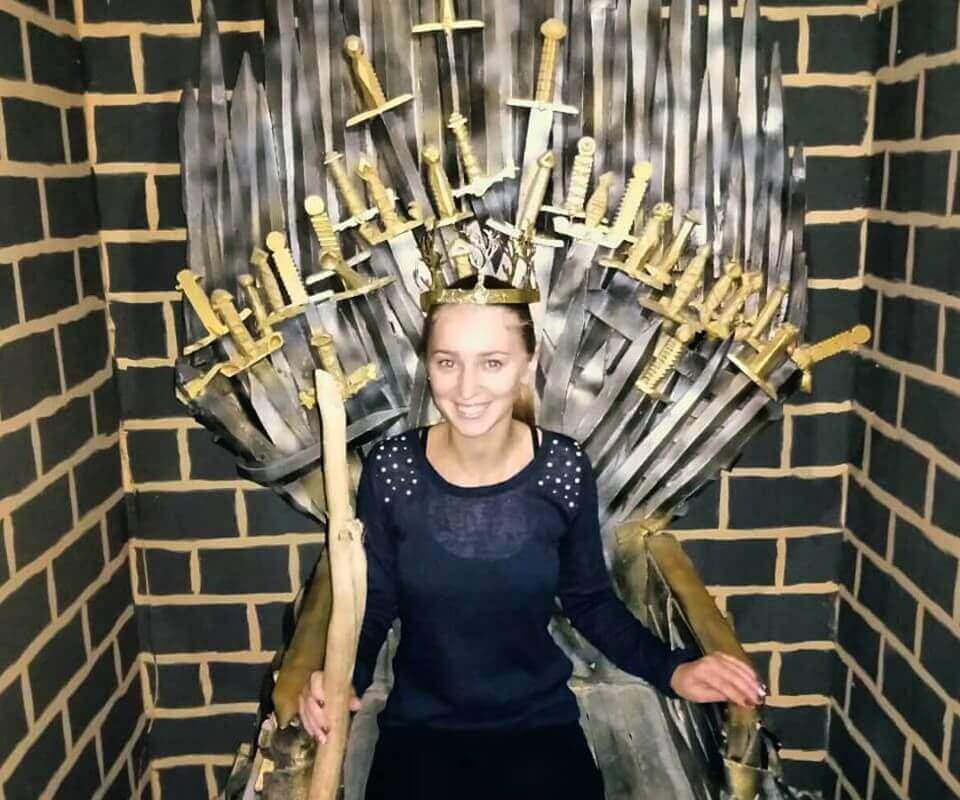 Overview
We were invited to visit the quest, which at the time of our passage, had just opened in Zaporozhye - the Game of Thrones quest room from the Inflow Blood provider.

We are not fans of the eponymous series, but we accepted the invitation to visit the quest =).

As we learned, this quest was originally designed in another city and subsequently moved to Zaporozhye (this is quite a common occurrence precisely for Zaporozhye).

The quest is located in the location at Zaporozhye, Soborny prospect, 150a. The location itself consists of one quest and a small pre-game zone.

Upon arrival at the indicated address we were greeted by a friendly administrator, politely invited to sit on the couch and told about the basic rules of conduct in the quest and told the story so that we could feel the atmosphere and plunge into the quest.

We were led into a quest and the game began. There were 4 adults in the team, those who watched the series immediately started pointing at objects and saying “this is it”, “and it was there”, “this too”, in general, lovers and fans of the series will probably be familiar with something and to the liking. Immediately make a reservation that in order to pass the quest, watching the series is NOT required and you will not need any special skills or knowledge.

The quest went to our team, it seemed moderately saturated, with a sufficient number of not-so-sophisticated puzzles, multi-room with various transitions and a change of scenery, without unnecessary distracting non-game items.

We were able to complete the Game of Thrones quest in 48 minutes without prompting, and from this we received an additional share of positive emotions, immediately felt smart =).

You can see the full information and book the quest Game of Thrones
25.09.2019
Other Overviews
Come back