Overview of the quest Camera 138 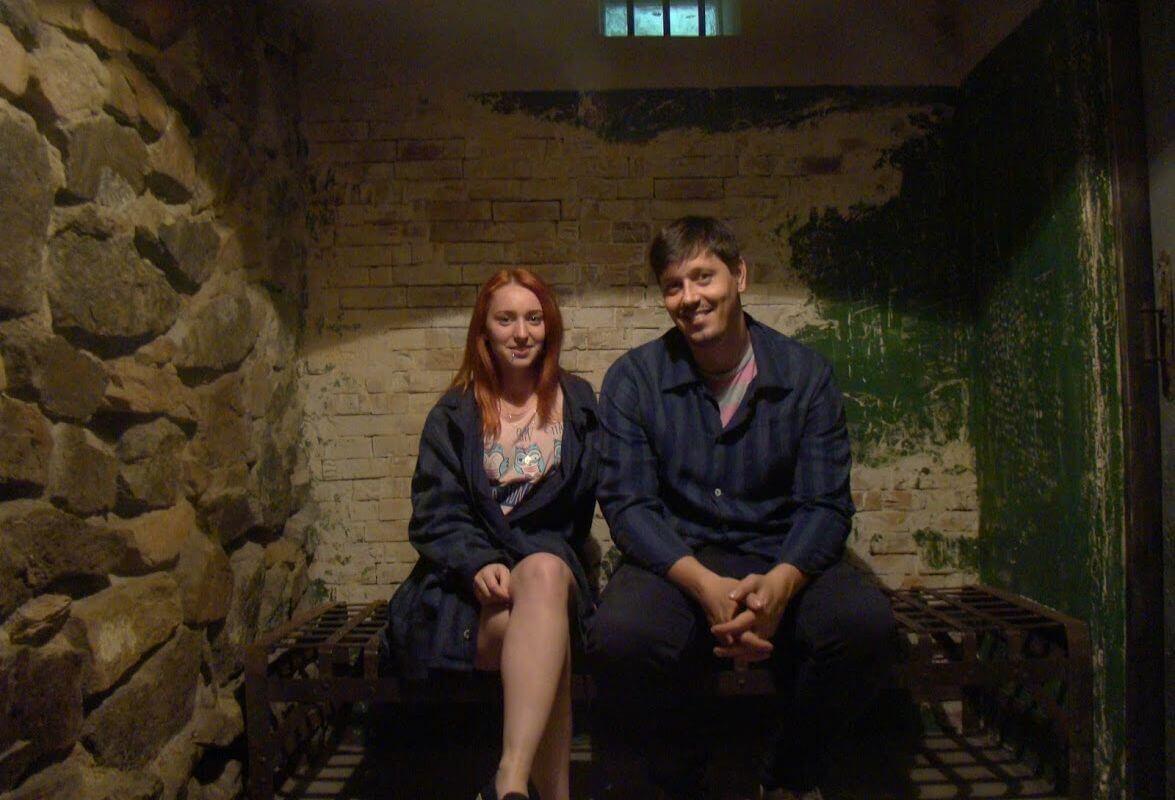 Overview
We managed to visit the quest room "Camera 138" last fall. They chose the quest for a long time and could not choose the topic in which they would like to play, and so they decided, but there wasn’t going to the quest about jailbreak. We considered several options, but as a result the choice fell on the Camera 138 quest from the company LOCKED. This quest is located near the metro station Kontraktova Square, in the middle of the old Podil (quite convenient location).
Arriving at the place, the administrator politely met us and told us the rules of conduct and the story of the quest took us to the game room.
The quest began with the fact that we found ourselves in a prisoner’s cell, which, by the way, looked very enthralling and at first it seemed that the cell was completely empty for the quest (a bunk, a toilet, walls, a door into which we were led, and perhaps all). But a little more than a few minutes, we already scoured the room in search of new objects and solutions to the task of escape.
We will not spoil about puzzles and puzzles - they are present in the quest sufficiently, but there were more than one in the quest room.
There were some unexpected twists and, as usual, the art of finding things on a quest let us down. Having solved almost all the puzzles on our own, we still had to take one hint, as it turned out on the simplest.
As a result, we were able to get out on time and feel like seasoned escape craftsmen.
The quest is medium in complexity and with little movement around the game space and various puzzles oriented towards the diverse team. It’s a decent room for free time when you don’t know what to choose and where to go.
Not TOP but pretty good in her own way.
You can see the full information and book the quest Cell No. 138
26.09.2019
Other Overviews
Come back