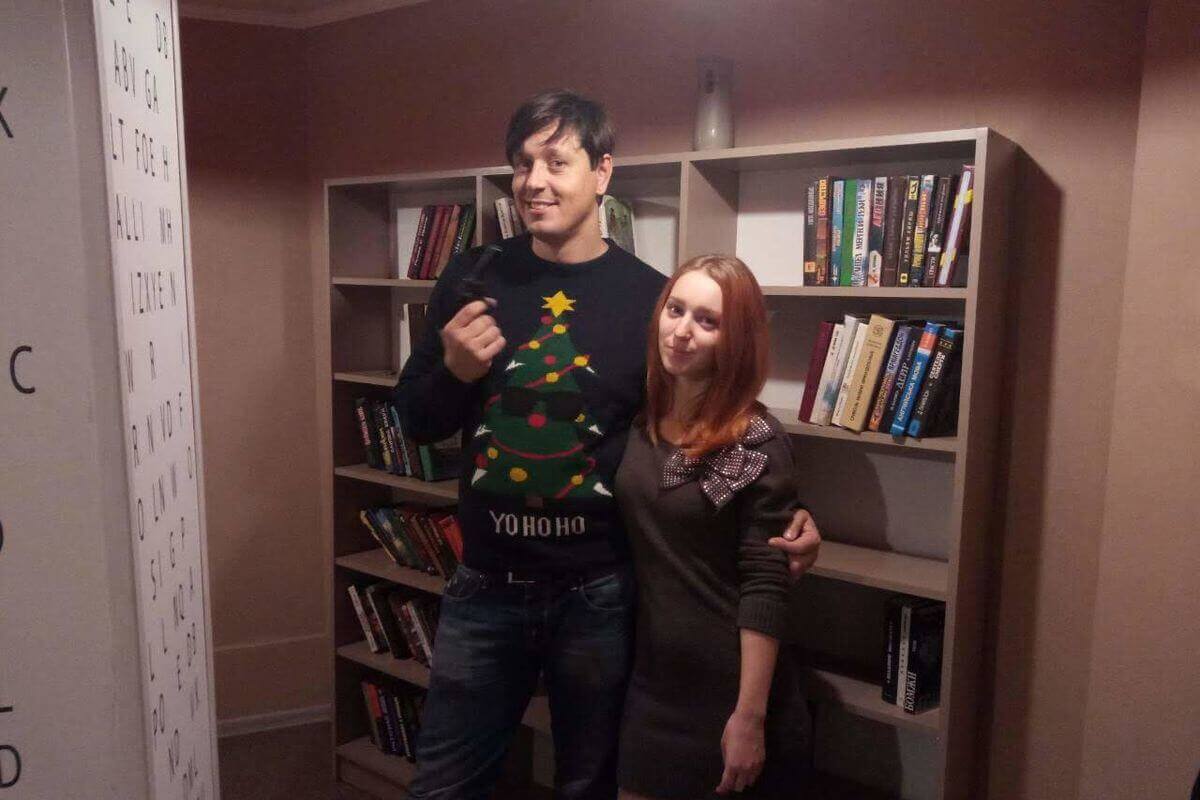 Overview
Once we decided to go through all the quests in Kiev, which are designed for a maximum of 2-3 players.

As it turned out, there are not so many such quests, there were less than five at the time of our passage.

The first of these mini-quests (a small one-room quest), perhaps this is the name suitable for them =), was the quest project of the company VZAPERTI - room "Conspiracy apartment". The quest is located on Nikolsko-Botanicheskaya St., 3 (entrance in the courtyard through the arch), not far from it there are two more mini-quests “Elevator” (Locked up) and “Robbie Bucks Stash” (ANABIOZ) (we will also write reviews about these quests).

There were two of us. Arriving on the metro station of Leo Tolstoy, we walked for 10 minutes and were there (although after the administrator told us that it was a little less to go from Univer).

They told us the rules of conduct, took payment and told the story led to the quest.

We were in the role of spies, we had to find out the essence of what was happening and get out of the safe house, into which we had the opportunity to penetrate.

The quest is designed for 45 minutes, this time is quite a margin for a leisurely passage without prompts, and even remains. There are keys and locks in the quest, and hidden places and technological little things.

The quest is logical, linear, without any wow stuff. Discreet entourage of the apartment. Simple tasks, of which there are not many, will not let you strain your brain convolutions, it is enough to be attentive and prudent.

Companies of 3 people that have already completed a dozen quests are quite capable of going through this room without prompting for about 15-25 minutes, if you strive to do everything promptly and energetically.

In general, we liked the quest room and left a pleasant impression. For two people, a quite suitable quest.
You can see the full information and book the quest Safe house
30.09.2019
Other Overviews
Come back